Wave the White Flag: ACT Out Loud – ‘Arms and the Man’

And ‘On’ and ‘On’ it Goes: ACT’s ‘A Christmas Carol: On Air’ and SF Ballet’s ‘Nutcracker Online’

Not even a global pandemic can stop the ACT and SF Ballet from bringing their annual holiday productions to the world.

My very-late, but still-relevant review of the ACT’s show about this unsung heroine of baseball history.

This Waking Life: ‘Wakey, Wakey’ at the ACT

ACT kicks off 2020 with Will Eno’s darkly comic one-act (and short) celebrating why the little things matter most. 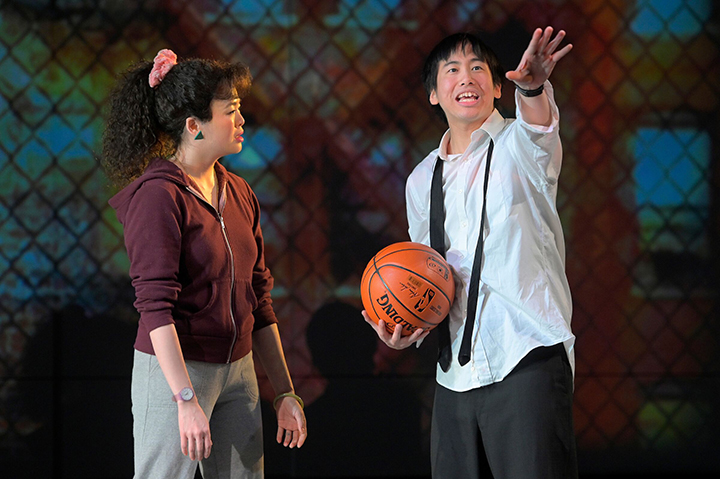 Off the Rim: ‘The Great Leap’ at the ACT

ACT’s latest is a so-so tale of American crass, Chinese refinement, and the universal language of competition.

An Incredibly Dull ‘Walk’: ‘A Walk on the Moon’ Musical world premiere at The ACT-SF

The acclaimed indie film – about a Jewish woman’s affair in the Summer of ’69 – becomes a rather lackluster musical at the ACT.

The Stupidity Principle: ‘Heisenberg’ at ACT

Science has nothing to do with this poorly-written May-December rom-com at the ACT.