I'm a native San Franciscan (we're being hunted to extinction) who is also an actor, writer, and lots of other stuff. I'll talk about those things along with books, plays, films, videogames, finding a job in one of the most populous cities in the US, and why "Muppet Babies" was the greatest television show of all time (better even than "F Troop").

By CharlesAndHisTypewriter on Wednesday, 5 February, 2020 • ( 4 Comments )

Margot Robbie gets a great second chance at playing Harley, though the plot may seem a bit familiar.

Cheryl Strayed’s tenure as an advice columnist makes for an excellent 2020 opener for the Playhouse. 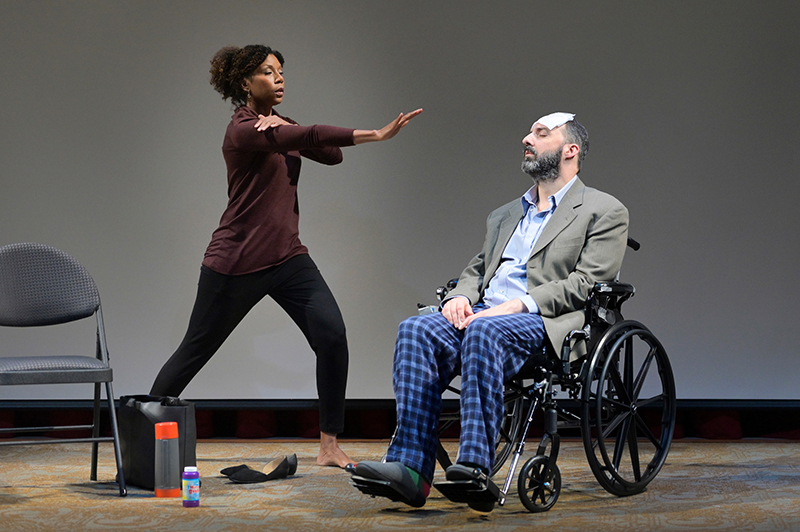 This Waking Life: ‘Wakey, Wakey’ at the ACT

ACT kicks off 2020 with Will Eno’s darkly comic one-act (and short) celebrating why the little things matter most.

Cutting Ball starts off the new decade with two one-act dreams about women whose bodies aren’t theirs.

We are all Made of Stars: The Inaugural StarCrash at the DNA Lounge

I caught the first-ever show of the DNA Lounge’s new monthly EDM showcase. Not bad at all.

Kate Robards’ latest is a show about marriage and sex that – wouldn’tcha know it? – finishes too soon.

No “Best Of” yet, but here are some emotional ponderances on the decade-ending year that was.

Not the Worst Witch: ‘Becky Nurse of Salem’ World Premiere at the Berkeley Rep

The second Witch Trial play I’ve seen in a week is an imperfect misfire for Sarah Ruhl and the Rep.