The unruly brain and bad habits of a writer, actor, and grilled cheese sandwich-enthusiast.

“The muffled thunder of dialogue comes through the walls, then a chorus of laughter. Then more thunder. Most of the laugh tracks on television were recorded in the early 1950s. These days, most of the people you hear laughing are dead.”
– Chuck Palahniuk, Lullaby

*[NOTE: Though I tried to guess which version was used – based solely on my knowledge of the show – Berkeley Playhouse music director Michael Wiles was kind enough to clarify in the comments below.]

Few shows can boast the distinctions of Grease. Yes, many other shows have had successful Broadway runs, been translated to successful films, and have had successful revivals. Yet, Grease is one of the few shows to have been so defined – and transformed – by its cinematic incarnation. The film’s soundtrack album remains one of the best-selling albums of all time, and the film itself was once a staple of basic cable until Ted Turner discovered The Shawshank Redemption. It’s one of those shows that, like Rent or Wicked, musical theatre-geeks like myself will slander in public, despite knowing every line of every song.

But the film isn’t the show. It goes beyond making Sandy an Australian to accommodate Olivia Newton-John; the film version gives the relatively plotless stage show some semblance of a story. Usually the differences between the stage and film versions wouldn’t matter, but the rewritten plot and additional songs for the film are so iconic that audiences tend to miss them when they aren’t there. This has led to no shortage of revivals – all official, mind you – that both add in and/or delete songs and plot elements from both versions. (2016’s Grease LIVE! on FoxTV appeared to be a hybrid of the original 1972 stage version and the film.) The show may rival West Side Story in terms of recognition, but at least there isn’t much cognitive dissonance between that show’s various versions.

As near as I can tell, the Berkeley Playhouse appears to be working from the little-known 1994 Grease revival for their latest end-of-season production. Unfortunately, one can easily see why that version is almost never done.

Set by Kirsten Royston. Photo by Me.

Do I really need to recap the story of Grease? No matter version you’re working with, the basic elements remain the same: it’s 1959 (ie. the last year before the most socially turbulent decade in American history) at Rydell High; “greaser” Danny and “good girl” Sandy; the T-Birds & Pink Ladies; Greased Lightning; Vince Fontaine; “Beauty School Dropout”; and everything is wrapped up just in time for graduation. The End.

The problem with using the ’94 theatrical rewrite is that it’s probably the most watered-down version of a story that already looked at the Eisenhower era through rose-colored glasses. The show has garnered such a “family-friendly” reputation that subsequent rewrites have been necessary to keep up that illusion. As such, things like Rizzo’s pregnancy will often tiptoe around (or outright omit) any mention of the “A” word; Danny forcing himself on Sandy is made less Weinstein-y; and Sandy’s infamous change-for-Danny finale is made more sensitive to modern tastes.

The ’94 version makes all of these omissions, but doesn’t have the most beloved songs to fall back on. As such, it’s pretty indistinguishable for the original school version. No one goes into Grease expecting it to be Sweeney Todd or Carrie: The Musical, but it should at least have more bite than the average production of Little Shop. (Has Berkeley Playhouse ever done Little Shop? I’d love to see that.)

What’s worse, the weakest version of this popular musical results in a rather tepid production from the usually-reliable Berkeley Playhouse. I mean, I can get over the sight of Danny being played by redhead Sam Leeper (it takes a second) and the fact that Frenchie actress Danielle Cheiken is a dead-ringer for Didi Conn, but the cast as a whole are saddled with the most toothless versions of their characters. As such, they tend to go for performances that are a bit too scenery-chewing for my taste. They all appear to be fine singers and dancers – thanks, in no short part, to the wonderfully energetic choreography of Allison Paraiso and director Kimberly Dooley, with music direction by Michael Patrick Wiles – but the gravitas of numbers like “There are Worse Things I Could Do” is lost.

The aforementioned chewed scenery is provided by Playhouse regular Kirsten Royston. As much as I raved about Royston’s detailed transforming set for Ragtime, her set for Grease is pretty sterile. The pastel blue wall paper is something one would expect in a ’50s-era, Googie-styled building, but the design never changes over the course of the show. Sure, we occasionally get a moved wall or a car popping out center-stage, but that blue design is there for the entire run time, like it or not.

I have to wonder: did the Playhouse probably chose this version of Grease because it was the easiest version to get rights-wise, or because of a dedication to remain as faithful to the “original” musical as possible? Either way, I think it would have benefitted everyone to have gone for the 2007 version. It not only has the best songs of the stage and film interpretations, it also gives the cast much to work with. The Playhouse has a strong line-up for its upcoming season – including Wizard of OZ, Dreamgirls, and yes, West Side Story – but this one ends out of breath when the rest of the season was a sprint.

Grease is schedule to run until the 5th of August at the Julia Morgan Theater in Berkeley.
The show runs roughly 2 ½ hours with a single 15-min intermission.
For tickets and information, please visit the production’s official site here. 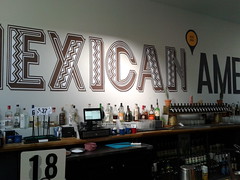 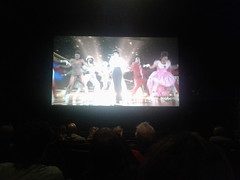 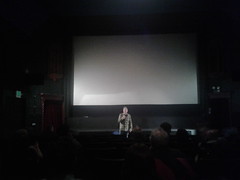 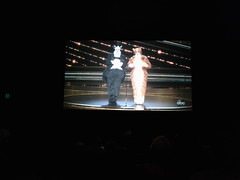 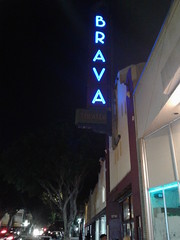 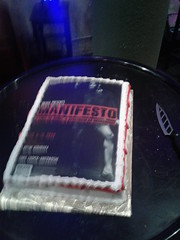 Half 83 year old woman, half 7 year old boy, who takes just too many pictures of her dog and cat, eats too many burritos, and can't wear enough knits.

Blogging about Theatre and Culture since 2013

comics about nothing in particular