“Weapons are the tools of violence;
all decent men detest them.
Weapons are the tools of fear; a decent man will avoid them except in the direst necessity and, if compelled, will use them only with the utmost restraint.
Peace is his highest value.
If the peace has been shattered, how can he be content?
His enemies are not demons, but human beings like himself.
He doesn’t wish them personal harm. Nor does he rejoice in victory.
How could he rejoice in victory and delight in the slaughter of men?
He enters a battle gravely, with sorrow and with great compassion, as if he were attending a funeral.”
– Tao te Ching, No. 31

Watching this show, I found myself thinking of two different quotes that I could have used in place of the one above. The first was a line from Oliver Stone’s JFK: “The organizing principle for any society, Mr. Garrison, is for war.” The other was the central, oft-repeated lyric of Edwin Starr’s “War”: “What is it good for? Absolutely nothin’!” Out of context, those two choices would seem to represent polar-opposite opinions about the function of war within humanity. Knowing the context of both is to know that both are spoken by men who have come to terms with the effects and affects of war. In fact, they’re both talking about the Vietnam War.

It’s almost universally agreed that the conflict in Vietnam was “an unjust war,” but was the outcome any different than that of “a just war” like – coming from an American perspective – the Revolutionary War, the Civil War, or WWII? Aren’t they all the result of a powerful few sending a willing (or not) many off to die to control the fate of many more? Those wars ended as all wars do, but without that middle one in particular, I most likely would have been born into a life spent in chains.

Both the reasons for and results of war have occupied man’s thoughts since the dawn of civilization. Such pondering has resulted in some of our greatest works: from The Iliad and Henry V to the story of Fa Mulan and novels of James Jones. So too did it occupy the mind Vyāsa when writing the Hindu epic poem Mahābhārata. I haven’t read it, but I’ve heard it to be one of the great pieces of literature. Adaptors Peter Brook and Marie-Hélène Estienne (working from a theatre adaptation by Jean-Claude Carrière) are content ponder the big themes of the original work, even at the sacrifice of a compelling narrative.

The Kuruksetra War is over. The man who lead the victorious forces will soon be named the new king. But it may prove to be a pyrrhic victory. He soon comes to learn that the side against whom he found so ferociously was led by his own brother. What’s more, he may soon find himself lacking in elderly advisors from whom to cull wisdom.

Through a collection of fables told to him by his elders, the new king ponders the necessity of war when even a well-earned victory will bring with it an incalculable cost of life.

A part of me really wanted to love Battlefield as I was watching it. The performances are all great, it makes interesting use of a non-existent set (the photos below are from a different performance before it arrived in SF), and it asked some heavy questions, like “Is war (a possibility) any less a ‘natural’ way for one to meet death (an inevitability)?” The quasi-plot of the new king not only listening to parables but applying them to his life is one I wanted to see to its conclusion.

The problem is that the show quickly goes from asking these questions to just rambling. As parable after parable is told (sometime parable-within-a-parable, like a Russian doll), the adaptors seem less interested in telling one story from the epic poem than trying to fit as many of them as possible into a single story. Even Sheherezade knew to brake her stories up over 1,001 different nights. Eventually, the story (and the patience of the audience) begins to collapse under the weight of narrative quantity.

Having said that, the stories are an interesting nod to the old-fashioned method of telling stories around the campfire. Played by a cast of four, we seem to be given nearly 100 characters over the play’s runtime. Recurring players in the overarching tale have Jared McNeill as the new king, Carole Karmera as his mother, Ery Nzaramba as a mentor, and Sean O’Callaghan as the blind outgoing king (forgive me if I don’t include their names, which I’d only spell wrong). The quartet are joined on stage by Toshi Tsuchitori, who produces the entire score via an African drum.

I quite enjoyed the unexpected way Philippe Vialatte’s lights would draw the eye. When one story speaks of a soul floating up to the sky, an unseen light source in the orchestra section illuminates the roof of The Geary. Oria Puppo’s costumes are as effectively stripped-down as the set itself. Under the direction of Peter Brooks, it makes for a more interesting presentation than the stories being told.

Given Mahābhārata’s length, I imagine trying to simply read the entire tale in one go would take more time than one could spare in the average week. Still, I imagine that such an important story has had many adaptations – surely those have thought of better ways to economise the running time. Battlefield is small show with big ideas, it just needed a comfortable middle ground to make those two disparate parts fit together.

Battlefield runs until the 21st of May at the Geary Theater.
For tickets and information, please visit the production’s official site here. 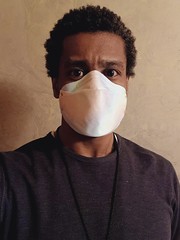 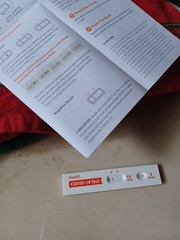 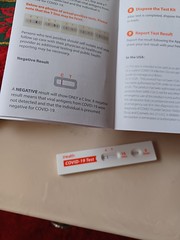